How to Prepare For The Invasion Of Cicadas In Nashville, TN?

They’re heeeeere! Cicadas, that is. They’ll be swarming more than usual this late spring into summer, as a so-called Cicadapocalypse is set to invade many states in the country soon. While you can certainly expect more cicadas this year, the emergence of these dive-bombing bugs will be even worse in spring of 2024, says Nashville Tree Conservation Corps.

The last big emergence was back in 2011, spurring the presence of millions of these large bugs right out of the ground. You’re probably familiar with the buzzing of cicadas in Middle Tennessee around spring and early summer, leading to a sort of background noise for many of us. Each year around this time, they emerge in droves and can damage young trees.

Periodical cicadas are put into a variety of geographic groups or broods, which are taken from the calendar year for which they emerge. In 2014, the 13-year brood XXII emerged in Louisiana while the 17-year brood III emerged in eastern Iowa and western Illinois. Overall, this brood will affect 15 states, including Tennessee.

Brood X, one of the biggest and most widely-distributed groups of periodical cicadas, is the one we’re seeing now. They are detected from northern New York to Georgia, west to the Mississippi River and all throughout the Midwest. There can be up to 1.5 million cicadas for every acre, bringing this brood population into the trillions.

Cicada broods come out, like clockwork, every 13 or 17 years, beginning the first week or two of May. They are encouraged to move to the surface when the soil warms up to a certain temperature. They live in wooded areas and those that have been recently developed such as rural areas, subdivisions and parks.

The cicada happens to have the longest life cycle of any insect. Periodical cicadas that are a part of Brood X have been living underground in wingless nymph form since back in 2004. They nest one to two feet beneath the ground, feeding on tree root sap. Once mature, they’ll emerge for two weeks to a month in late May and early June. They will court, mate, fly around, and generally drive people nuts. The adults will then lay eggs in trees, hatching four to six weeks later.

Brood X cicadas are one to two inches long, with a three- to four-inch wingspan. Check out their size and other lifecycle facts here. Their total length is about two to three pennies. They make very loud sounds, produced by the male in order to attract females. The chorus of sounds can reach the level of a lawnmower, about 90 to 100 decibels.

Cicadas are more of a nuisance than a serious threat to health, mostly due to their loud and messy behaviors. Many homeowners are not fond of the cast-off cicada skins that pile up in their yards and on their patios. They can swarm, too, which startles many people. They also eat plants. Lots and lots of plants. However, cicadas don’t carry diseases and don’t sting or bite humans.

Still, you don’t want an invasion in your yard!

As residents throughout Tennessee prepare for the cicada invasion, you may wonder how you can get rid of them. The answer is to call a pest control technician in Nashville. Getting rid of them on your own, especially since there are so many of them that can look like an undulating wave on your lawn, can be near impossible.

There are some things you can do to protect your plants from cicadas, though:

Here at PureGuard Pest Solutions, we understand cicadas and their behaviors, and know the difference between annual and periodical cicadas. We also know that traditional chemicals don’t always work due to their short life spans above ground and the tendency of "migrating populations" to move to a property from adjacent, untreated, infested locations.

Our pest management professionals will come out to your home to conduct an inspection and then develop a cicada treatment plan. Contact us today for a prevention plan and a free quote at 615-502-2855. 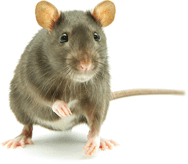